I wasn’t even ten years old when my family declared bankruptcy, but that’s not what I remember most. I was too young for that. What I remember are two very distinct Christmas seasons. One where I had my own room and I came downstairs to see everything that I asked for that year. And the stark contrast the next year when I was sleeping on a pull-out couch in my grandparent’s living room (being forced to listen to my sister’s Pocahontas CD on repeat). That second year I found much less under the Christmas tree.

What was the difference between these two years? Well, my dad—a nuclear engineer—reported a safety concern at his power plant. His concern went ignored, but my dad worked on a nuclear reactor. So, he stood up for what he felt was right and would keep others safe. He went up the chain of command. And ended up being labeled a whistle-blower for it. Shortly after, he was fired from what had previously felt like a very secure job.

With no income, my parents worked as hard as they could to provide for my two sisters and me. Yet, the deck was stacked against them. Despite looking for jobs, they were unable to produce any income. Months later—after they burned through their savings and liquidated their 401(k)s, which would have been protected in bankruptcy—my parents racked up six figures in credit card debt. With no money and no job, we moved in with my grandparents in Savannah, Georgia. Then, they declared bankruptcy.

That’s how I ended up sharing a pull-out couch with my sister listening to Pocahontas that second Christmas. And that’s how my first money mindset was created.

My Ignorance Is Bliss Money Mindset

Because of this experience, I started to develop harmful money beliefs from an early age. Beliefs like…

In a nutshell, money meant pain. So, I started to adopt an “ignorance is bliss” mindset toward money. While I knew that I wanted to make a really good income in order to avoid the troubles that my parents had experienced, as for the rest of the financial stuff? I was going to ignore it.

It didn’t take long in medicine for this ignorance is bliss money mindset to burn me. I hadn’t even graduated from medical school before I was hoodwinked by a financial “advisor” at a large mutual fund company who talked me into applying for disability insurance (to protect the “massive income” I was obviously making as a medical student….note the thick sarcasm). This led me to get denied disability insurance because of an essential tremor. To this day, I still cannot get an own-occupation, specialty-specific private disability insurance policy due to getting denied for a policy I never should have applied for as a student.

Should the insurance agent have known better? Yes. But my ignorance is bliss money mindset cost me just as much as his conflict of interest to make money off of me.

I ignored my student loan debt, too. This led me to forbear on my student loans every year for five years during training (my debt increased by 150%). I added on some car debt, too. By the time fellowship was ending, we had around $300,000 in non-mortgage debt.

Why? Because of my money mindset. It turns out that ignorance is not bliss.

It was during my fellowship that I finally started getting my financial act together.

Like many of you, it was because of reading The White Coat Investor and Physician on FIRE. This was when it dawned on me that the attitude I had toward money my entire life was a choice. I could choose to let money be my master, or I could choose to master my money.

And that’s exactly what I did. I mastered money and then worked hard to pay off that $300,000 in debt in 24 months. We increased our net worth by $500,000 in a couple of years. And I even built a substantial source of online income at The Physician Philosopher.

At this point in my journey, I was starting to master The Hybrid Financial Independence Model I now teach in the Money pillar of the Alpha Coaching Experience (ACE). This hybrid model, which is one-part traditional financial independence via the 25X/4% SWR rule and one-part cash flow through non-clinical sources of income (my favorite being an online business) led to significant financial freedom.

Yet, despite the financial freedom I was starting to experience through all of these decisions, it turns out that mastering your money alone isn’t enough.

A Twist of Irony

When I started The Physician Philosopher, I was like so many other doctors in the financial independence community who feel that the best way to escape burnout was through financial independence. Just save more money, and earn your way out of this mess, if you aren’t happy. Right? Ironically, it wouldn’t even take two years into my career as an attending anesthesiologist for me to start burning out myself. And this was despite being very successful with our financial decisions.

At the bottom of it all, I would feel completely trapped in medicine. I would experience my first panic attack, and would later become clinically depressed, too. That’s when I finally got diagnosed with a smoldering Grave’s disease diagnosis that had been adding fuel to the fire throughout all of this. (It turns out an undetectable TSH doesn’t help a whole lot.)

During this part of my journey… I did what most doctors do, I soldiered on and put one foot in front of the other. On the outside, I looked like I had it all together. I was elected the student body president in medical school at Wake Forest, co-chief resident, and I was the winner of the annual resident teaching award in my first year on faculty—a feat that had never happened before. I was publishing multiple RCT’s, and was someone that many looked up to as an example of academic success.

Yet, on the inside, I was completely miserable. I felt trapped in medicine despite my success. 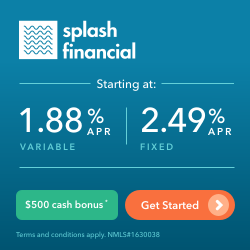 This led to a lot of self-reflection to figure out what was causing me to feel so trapped. Initially, I thought it was due to several things:

So, what did I do? I used some of that financial freedom I had created to go part-time. And that’s when I found out that money alone wasn’t the answer to my freedom. I had to master my mindset and create balance to find my ideal life.

The 3 Pillars to Physician Freedom

As Jim has pointed out about burnout on the White Coat Investor, some components of burnout and moral injury are systemic in nature, but there are other things that are left up to us to control. While financial independence can provide empowerment, it is not the end-all-be-all answer. In fact, money is only one of the things doctors must master in order to find the freedom they want.

After figuring this out the hard way myself—and then working with a hundred other doctors and helping them do the same—it is clear to me that there are three pillars to physician freedom that can help any doctor who feels trapped in medicine find the freedom to practice medicine on their terms. This includes money, but it also includes mastering your mindset and creating your ideal life.

Without all three, you’ll be missing out on a key component to finding the freedom you want. They all work together, as shown below. 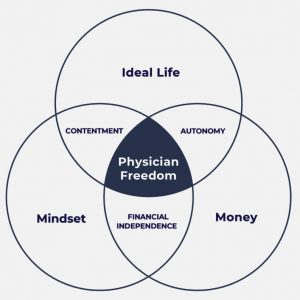 The 3 Pillars to Physician Freedom

However, if you can learn to master all three of these pillars, that is when true freedom as a physician is attainable. Regardless of how your money mindset started. Even if it started in bankruptcy.

If you want to learn more about how to master your money and your mindset so that you can find freedom, this is exactly what I teach in The 3 Pillars to Physician Freedom Masterclass: How Physicians Are Finding the Personal and Financial Freedom to Finally Practice Medicine on Their Terms.

The 3 Pillars to Physician Freedom Masterclass is only offered this upcoming week starting on June 8th, and seats are limited. Click here to claim your seat.

What do you think? Is financial independence enough to help you stop feeling trapped in medicine? Or is there more to it? How do you think your mindset and balance play a part?

The post The Importance of Money and Mindset appeared first on The White Coat Investor – Investing & Personal Finance for Doctors.

What You Need to Know About Cryptocurrencies Like Bitcoin

What Will the Insurance Company Think? Consider This Before Filing a Disability Claim

What Is Direct Indexing, and Is It Something Worth Doing?

19 of the Cheapest Medical Schools in the US

Understanding the Alternative Minimum Tax and How to Avoid It

What You Need to Know About Cryptocurrencies Like Bitcoin

What Will the Insurance Company Think? Consider This Before Filing a Disability Claim

What Is Direct Indexing, and Is It Something Worth Doing?

19 of the Cheapest Medical Schools in the US