I run into people all the time who argue that Social Security is not going to be there for them, so they’re not counting on it. As near as I can tell, few of those folks actually understand what that means.

First of all, I don’t personally think Social Security is going anywhere. In my opinion, this is one of the best government programs we have. Even if you don’t think it’s a good program, you cannot argue it is not immensely popular. The votes to abolish it simply are not there. No politician who ever expects to be reelected, ever, speaks out against it. 64 Million people are currently receiving benefits and they vote.

Now, Social Security’s detractors have many good points. Social Security needs to be shored up. This isn’t the first time though. It’s been shored up before. The formula isn’t that tough. You can raise the retirement age (my personal favorite solution), you can raise taxes a little, you can lower benefits (or even just the inflation adjustment) a bit, and you can tax the benefit a little more for some or all people. You could even take the benefit away from certain people, I suppose, but that also seems an unlikely solution.

People talk about “means-testing” Social Security. Well, guess what? It’s already means tested. It’s a very progressive system already, in that those who don’t pay in much get a proportionally higher benefit and those with higher taxable income in retirement pay more in taxes on the benefit. Could it become MORE means-tested? I guess so, but I doubt we’ll see anything too dramatic.

Even if Social Security is not fixed, your payment isn’t projected to go to zero. It will still pay out 77% of what you are expecting. 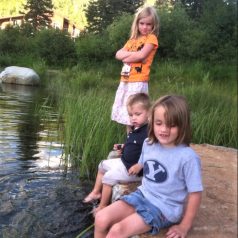 If Social Security fails, hopefully, these guys will support me.

Most likely, the solution to fixing Social Security will be a combination of the above, and it will be done at the last minute or perhaps gradually over years. But if you want to worry about an insolvent government program, worry about Medicare.

A typical high-income professional’s Social Security benefit is extremely valuable. Take a look at your most recent Social Security statement if you don’t agree. Mine says if I work until 70 (and thus continue to pay in the maximum Social Security tax every year from now until then) then my benefit will be $4,107 per month. Katie’s says hers will be $2,977. Chances are we won’t work until 70, so that will be a little lower than that. Let’s call it $3,000 a month for me and $2,000 for Katie, starting at age 70, although if I quit working today I’d only get $2,592 at age 70. So $5,000 total a month, or $60K a year, adjusted to inflation and guaranteed until we die. If you want an even more accurate projection try WCICON speaker Mike Piper’s opensocialsecurity.com or Physician on FIRE’s excellent calculator.

So the question is, where else can I buy something like that from and at what price? Well, insurance companies sell SPIAs, but nobody is really selling inflation-indexed SPIAs. You used to be able to buy them, though, and at age 70 you could get a SPIA that pays almost 4% at age 70 (rates were a little higher the last time I was able to price one of these). The guarantee isn’t quite as good as one from the government, but it’s almost surely good enough. So that annuity is worth $60K/0.04= $1.5 Million. It’s not quite a military pension at age 38 with free health care forever, but it’s better than a kick in the teeth.

#4 Increase Savings Rate by 10% or Work 8 Years Longer, Your Choice

So what does that mean? If you want to “ignore Social Security” in your calculations, then you’re going to have to have a lot more money to retire safely than if you are going to include it. How much more? Well, $1.5 Million more in our case. Over 30 years at 5% real, that’s $22,577 a year. For a doc making $225K a year, that’s saving 10% more a year. Alternatively, let’s assume you’re saving $40K a year. You thought you were going to need $2 million to retire, but since you’re ignoring Social Security, you now think you’ll need $3.5 Million. How much longer will that take at 5% real while saving $40K a year? Well, it’ll take 25.5 years to hit $2 Million, but it’ll take 34.5 years to hit $3.5 Million.

So, you can ignore Social Security if you like, but you can’t ignore the consequences of doing so. Those consequences are either saving 10% more of your salary or working an extra 9 years. Your choice. (I suppose some combination of the two would be okay too.)

A better solution in my view is to just play it by ear. If you’re thirty, maybe use your worries about Social Security to get you to save a little more than you otherwise would. If you’re fifty-five and Social Security still looks like it’s alive and kicking, well, maybe it’s time to start counting on it a bit. Either way, I wouldn’t discount your Social Security benefit by any more than 23% since they don’t have to fix a thing to provide that to you.

What do you think? Do you count on Social Security when running your retirement projections? How do you do so? Do you discount it somehow? Why or why not? Comment below!

The post The Consequences of Ignoring Social Security appeared first on The White Coat Investor – Investing & Personal Finance for Doctors.