[Editor’s Note: Announcing our FYFA Refi SALE! We are giving away for FREE our flagship course, Fire Your Financial Advisor (a $799 value), to anyone who refinances more than $100,000 in student loans using WCI links! Get a written financial plan in place AND earn cashback by refinancing at low rates. Sale pricing is valid for loans initiated between May 1, 2021, through October 31, 2021. Click here for more details.]

What does it take to be financially independent? Retirement is probably best defined as a number, not an age. However, some people achieve that number and don’t retire, so perhaps we should instead say FINANCIAL INDEPENDENCE is a number, not an age. There are two schools of thought out there about what that number is. I think the first method has the advantage of being theoretically more correct. The second, however, is not without its advantages.

The first school says financial independence is a level of assets. For ease of discussion, we’ll call it 25 times what you spend in accordance with the 4% guideline. So if you spend $100K a year, you are financially independent when your nest egg is equal to $2.5 Million. You can now spend 4% a year adjusted upward with inflation each year. More or less. Probably.

The second school of thought says that financial independence is a level of income. When the income being produced by your investments is equal to your spending, then you are financially independent. So, if you spend $10,000 a month, when your investments produce $10,000 a month, you are financially independent. More or less. Probably. We’ll call this school the “Income Approach to Financial Independence”. Let’s go through its pros and cons.

Pros of the Income Approach

One of the parts I like best about this approach is that it is really straightforward. If you spend $100,000 a year, when your investments produce $100,000 a year, you know you’re there. There’s no dickering around arguing about safe withdrawal rates. $100,000 goes into the checking account and $100,000 comes out. You can even break it down to the month and week if you want.

# 2 You Tend to Leave More to Your Heirs

Since with this approach you never spend principal, you are likely to leave more money behind to your favorite heirs and charities. At least you know you’ll leave something, which, although unlikely with the other approach, is not impossible.

# 3 You Can Reach Financial Independence Faster

However, in my opinion, the biggest advantage of the income approach is behavioral, not theoretical. Most retirees struggle to spend the assets they have spent a lifetime acquiring. Every year I beg my parents to spend more money on anything they think could even possibly provide them more happiness. I was so proud to see them fly first-class recently, probably for the first time in their life. I think many people are like that. After a lifetime of carefully shepherding assets, saving, investing, shopping carefully, and watching expenses, it’s difficult to sell assets even when you know it’s the right thing to do. It is hard to remember that building wealth isn’t the end goal. You save money not to swim in it a la Scrooge McDuck, but to spend more money later. I think pension holders have much less difficulty spending than others, and the income approach is much more like a pension.

Cons of the Income Approach

One problem with the income approach is that it can lead to oversaving. The truth is that we are not a pension fund or a university endowment. We will all die eventually, and none of our wealth will go with us. It is entirely reasonable to spend principal during retirement. You don’t want to spend so much that you run out before you die, but if you don’t spend any at all, it just means you oversaved. It’s the flip side of leaving more to heirs. It might even mean you worked longer than you otherwise needed to, especially if most of your investments have a relatively low income/return ratio like stock mutual funds. Working longer than you needed to when you didn’t want to is a real tragedy.

If you are building an income portfolio, you are by definition generating more income than you need from the time you start until the time you quit your job. From a tax perspective, you don’t want to ever have more taxable income than you actually need to spend. It’s tax-inefficient. On the eve of retirement, you are generating twice the income you actually need, and paying taxes on all of it. That’s a lot of waste (even if your fellow citizens are very grateful for the largesse).

Income-focused investors make a ton of tax mistakes. I’ve been amazed at the lack of tax knowledge among some of them. Some of the common mistakes they make that result in paying more taxes than needed include:

The ideal investment from a tax perspective pays out no income at all until that income is needed, and then pays it out in a tax-advantaged way. Berkshire Hathaway stock is a good example. You could buy this stock when you’re 30 and then die 50 years later, never having paid a single dime in tax on an investment that may now be 32 times larger than when you bought it five decades previously. And if you do need the money, you “declare your own dividend”, sell a few shares, pay taxes on it at your Long Term Capital Gains (LTCG) rates and move on. Any investment inside a Roth IRA works the same way. Tax-deferred accounts can provide similar or even larger tax advantages.

The income approach leads people to do dumb things from a tax perspective.

These are the classic high-yield bonds. The chart below is a chart of the Net Asset Value of the Vanguard High-yield Corporate Bond Fund from 1985 to the present. 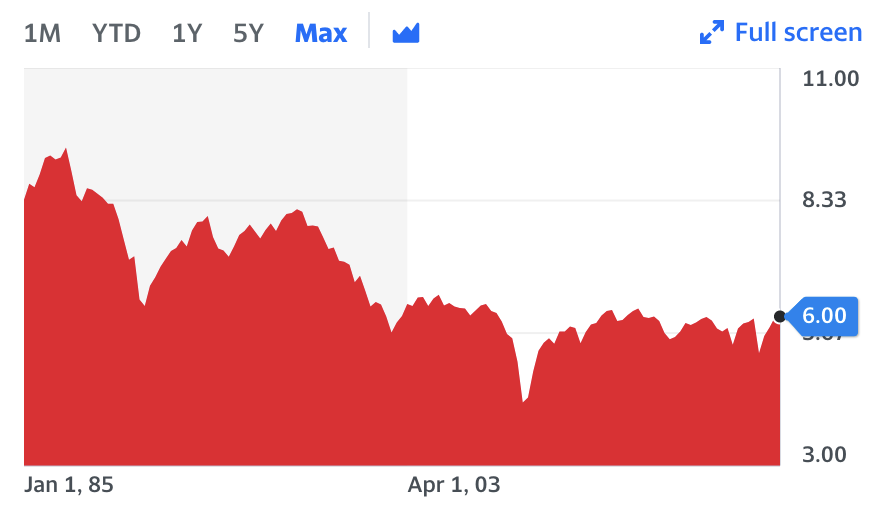 This is obviously a chart that does not show the dividends. The actual return of this fund over the last 43 years is not too bad, over 8% a year. But the payout has obviously been higher than the return. Some of that payout is, in reality, just the return of your principal.

B. Peer to Peer Loans

Another example might be peer-to-peer loans. With this asset class, you’re making unsecured loans to people that then are using your money to pay off their credit cards or pay for their weddings or whatever. They may be paying 15-30% in interest. This is the yield. But due to frequent defaults, your return may be only 6-12%, even in a carefully managed, diversified pool of these loans. If you’re spending the entire yield while the defaults are slowly eating up your principal, you will eventually run out of money.

The Capitalization Rate is the rate of return on a fully paid-off rental property after all expenses. Imagine a $100,000 property that charges $1,000 per month in rent. Let’s say it has $6,000 a year in expenses. That leaves the owner $6,000 in profit. $6,000/$100,000 is a capitalization rate of 6%. Not too bad. In some markets and communities, you can find properties with cap rates of 8%, 10%, or even 12%. These properties obviously provide A LOT of income. Yet in other communities, cap rates might only be 3% or 4%. Why would an investor be willing to buy a property with a cap rate of 3% when they could drive a few hours and find one with a 12% cap rate? The reason why is that investors as a whole judge that 3% property to be much more likely to appreciate over the long run. In fact, cap rate 12 properties are likely depreciating, and fast. That’s why they sell so cheaply. If you graphed their price over decades, it might look like that chart of the junk bond fund above, especially if you index it to inflation.

Compare Los Angeles to Detroit over the last few years.

Which cities do you suppose are likely to have the higher cap rates, Los Angeles and San Diego or Detroit and Chicago?

The bottom line is you need to choose your investments based on the merits of the investments themselves and the likely total overall return for the risk you are taking, NOT just the yield on the investment. That’s where you get into trouble.

The biggest issue with the income approach, however, is that the things that provide you the highest income are not necessarily investments at all. While considered “passive income”, they are more like second jobs. Consider a successful physician finance blogger who over the course of 5 or 6 years develops an audience, advertising relationships, and products to the point where the blog income is as high as his physician income. This doctor has now created “financial freedom”! But it’s really only freedom from practicing medicine. It isn’t freedom from working, because I can assure you, a blog like that requires a lot of ongoing work. Whether you are coaching, teaching courses, or doing medicolegal work, it’s really all the same. It’s hard to argue that is true financial independence, even if you like the work you are now doing more than what you used to do. 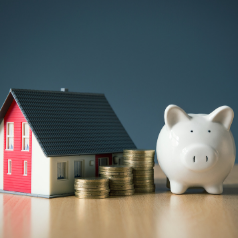 Real estate can be pretty similar. It’s really a spectrum. If you are managing 100 doors, you’ve got a full-time job. So you hire property management, but discover you’ve still got a part-time job managing the manager. Even if you’re only investing in very passive real estate syndications, somebody still has to select and evaluate the syndications as you go along. That’s work. So you shouldn’t be surprised that an investment you are actively working in has higher returns than an investment that does not require ongoing work.

What about books or courses? Well, somebody still has to put in a lot of work on the frontside to generate that stream of income down the road. It’s not just “passive income”.

What do you think? Do you like the income approach to financial independence? Why or why not? Comment below!

The post Pros and Cons of the Income Approach to Financial Independence appeared first on The White Coat Investor – Investing & Personal Finance for Doctors.

How to Get Wealthy Investing in a Bear Market