Much of the information available on the internet and on WCI covers individual or ‘solo’ 401(k) plans. Not a lot is written about Employee Retirement Income Security Act (ERISA) 401(k) plans where in addition to owners (who are highly compensated employees, or HCEs) there are also non-highly compensated employees (NHCEs). Most plans that are not owner-run, such as those offered by hospitals, universities, and other large employers don’t allow the option for doing Mega Backdoor Roth conversions, but a smaller partner-run practice plan can easily adopt any changes necessary to implement the mega backdoor Roth 401(k) strategy.

Roth IRA distribution is not taxable under current tax rules, and this is unlikely to change in the future. Roth allows tax-free accumulation and withdrawals, which is especially valuable for high-earning doctors due to the uncertainty related to future tax laws and the real possibility that taxes will be increased over time. Because many WCI readers are in the top 1%, much of the conventional wisdom does not apply to them, so we need to develop a set of guidelines that can help those in the highest tax brackets make informed decisions regarding different retirement plan buckets, especially Roth.

It is generally agreed that if you are in the highest tax brackets during your working years and expect to be in lower brackets in retirement, that the tax-deferred bucket is the most important one to maximize vs. Roth. This is because Roth presents a significant tax drag paid at a high average tax rate, which will eventually add up to the point where tax-deferred is a better long-term account vs. Roth. For those in the highest brackets, non-deductible Traditional IRA to Roth IRA conversion, or the ‘backdoor’ Roth, is a very popular option due to having no tax drag, albeit adding up to a relatively small amount.

There may be situations when your tax brackets will be the same or higher in retirement, and, in that case, maximizing Roth can be a good idea. This is not easy to forecast, so some degree of tax diversification will be advisable. For example, a Cash Balance plan might not seem very useful from a Roth standpoint, yet it is a good way to put a lot of money into a tax-deferred account that can be converted to Roth later on when you are in the lower tax brackets. We’ll discuss this in more detail below. Making bigger Roth contributions into a 401(k) plan might also work if you already have access to other accounts where you can get a tax deduction on your contributions (such as a Cash Balance plan, for example), and you can consider this as a form of tax diversification in case you don’t end up in a lower tax bracket in retirement.

Even though these types of calculations can be quite involved and highly dependent on individual tax situations (as well as on multiple assumptions), in general we can say that those with a large tax-deferred portfolio ($3M and above) should rightly be concerned about RMD (required minimum distribution) taxes. RMDs start at 4% at age 72 and go up to as high as 11% at age 95. The big question is whether taking RMDs is better than the alternative, which is converting some or all of your tax-deferred portfolio to Roth. With Roth, your distributions are tax-free (and can be withdrawn 5 years after conversion), so what we need to determine is whether it is worth prepaying taxes to end up with a big Roth account or whether it is better to take RMDs and do nothing.

As an example, let’s consider someone who is retired at age 62 with a $5M tax-deferred portfolio, which is not that difficult to accumulate if you’ve participated in a 401(k) and a Cash Balance plan over the course of your career. Let’s assume that all of the taxes will be paid from a taxable account, that conversions are done over a 10-year period from age 62 to age 72, and that the life expectancy is age 95 (which is not unreasonable since the surviving spouse can carry on the Roth conversion strategy without interruptions). Let’s also assume that from age 62 to 95 we have a 4% return for the taxable account, 6% return for Traditional IRA/Roth IRA accounts, 2% inflation, and that all tax-deferred accounts will be converted to Roth at the end of the 10-year period. To cover expenses, $100k will be withdrawn from the taxable account each year, and Social Security of $34K for each spouse would be taken at age 70.

According to this retirement plan calculator offered by Wealth Trace, the net advantage of the Roth conversion strategy (from age 62 to age 95) is about $4.5M vs. taking RMDs and not doing any conversions. The average tax rates (from age 62 to age 95) are 20% and 15% respectively for the RMD and the Roth conversion strategy. Even though during the 10 years when conversions are made the tax rates are higher, they are much lower during subsequent years. On the other hand, RMD tax rates are much higher from age 85 to age 95. You are also going to pay about $2M in taxes during the 10-year conversion period, so this approach will require a sizeable taxable portfolio. Please note that the numbers can vary widely depending on retirement age, conversion period, starting portfolio, return assumptions, etc., so this example should not be used as a general rule, but rather as a starting point to discuss this strategy.

What happens if neither of the spouses lives to age 95? There is a breakeven point which would vary depending on all of the assumptions mentioned above, and it is likely to be in the early to middle 80s for most scenarios. Whether the breakeven point is reached or not, there is another important reason to consider Roth conversions in retirement. 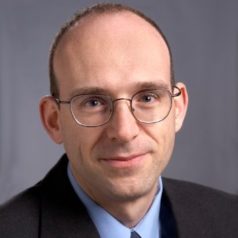 The SECURE Act of 2019 eliminated the ‘stretch’ IRA, which was a key estate planning component for those with high tax-deferred portfolios, removing the ability to distribute IRA assets over the lifetime of IRA beneficiaries. Instead, IRA assets are now going to be distributed over 10 years, which can create a significant tax burden for the beneficiaries. Imagine a $5M IRA distributed over 10 years by a single beneficiary (non-spouse and non-minor). Each year as much as $500K has to be removed, catapulting the beneficiary into the 35% bracket. Moreover, if we assume a modest 4% return, this amount jumps to about $600K, and this will most likely put the beneficiary into the highest Federal and State brackets. In some states this can be as high as 50%, resulting in as much as 1/3 of this money disappearing due to taxes.

This might result in as much as $2M in taxes on $6M withdrawn over 10 years. As you can see, even if the IRA owner just breaks even on the conversion, they will give their beneficiary an additional $2M if instead of distributing a Traditional IRA over 10 years the beneficiary can distribute a Roth IRA.

Now that we’ve discussed several planning strategies using Roth, let’s talk about ways to build up a big Roth account during the accumulation phase if you don’t have access to an individual 401(k) plan. For the discussion below, it is assumed that the practice owners control the plan document and that appropriate amendments can be made to the plan document to allow in-plan Roth conversions, depending on the specific needs and demographics of the plan.

This is the default approach for anyone who is phased out from contributing to Roth IRA directly. A non-deductible Traditional IRA contribution is made and converted to Roth immediately.

Version two of the mega backdoor Roth 401(k) involves in-plan Roth conversions of tax-deferred assets. Tax-deductible contributions to your 401(k) can be converted to Roth inside the plan (you specify the amount and timing). This can allow you to make strategic Roth conversions on demand. For example, when the market crashes, you can convert part of your portfolio to Roth at a discount. Conversion is made pro-rata—equal percentages are taken from all of your plan investments. In the version one plan, Safe Harbor match/contribution can be converted to Roth as well.

Partner Only (HCEs) vs. Partners and Staff (NHCE)

In-plan Roth conversions of tax-deferred contributions will produce exactly the same Roth account as when making Roth conversion of after-tax contributions. The only time this makes a difference is when you also have eligible qualified business income (QBI) that you want to maximize, in which case making after-tax contributions is preferable as that would preserve your QBI deduction. However, this only applies to businesses that get an unlimited QBI deduction regardless of income (known as ‘qualified’) vs. ‘specified’ businesses (including medical/dental) that are completely phased out after owner’s or partner’s taxable income on joint return reaches $421K (in 2021). For this reason, QBI is not an option for most partner-only group medical practices that will consider making after-tax contributions.

ERISA Plans with Partners Only

This can sometimes get tricky with partner-track doctors who are allowed to enter the plan immediately since they enter the plan as NHCEs during the first year (even if they make above HCE salary limit since day one). They are usually given a top-heavy minimum employer contribution (3% Safe Harbor contribution if there is only a 401(k), and additional 2% profit sharing if there are both 401(k) and CB plans), and if the doctor is not an HCE the following year (because they only worked part of the year and haven’t reached HCE maximum), they would have to be given an additional profit-sharing contribution. 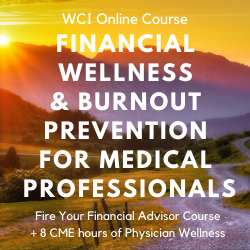 Have you used an ERISA plan in your small practice? Why or why not? What has your experience been? Comment below!

How to Be a Coffeehouse Investor with Bill Schultheis – Podcast #212

Purpose of the WCI Medical School Scholarship We’re very grateful for the financial success The ...
By
2 days ago

[Editor’s Note: Enjoy today’s WCI Network post from The Physician Philosopher.] I wasn’t even ten ...
By
2 days ago