I woke up early one morning a few months ago worried about a financial situation. It wasn’t my financial situation. It was yours. At least many of yours. And the more I thought about it, the more angry I became. By the time I drug my butt out of bed, I was furious. Truly. I’m mad at everyone in this situation. And I’m angry that nobody else is as pissed off about it as I am. So instead of eating breakfast, I’m sitting here ranting into the internet to try to get over it.

I had a colleague walk up to me at the hospital the other day. He said, “Hey, I’m reading your book. I didn’t even realize that was you”. This has happened to me many times, and it is kind of fun to be “internet famous”. When you write a financial blog and book and share intimate details of your financial life with the world, others get very comfortable sharing theirs with you. Here are the basics of his story:

Do you understand now why I’m so mad?

Get Mad at Debt

It reminds me of Aragorn’s conversation with Frodo about the ring of power in the Inn of the Prancing Pony: 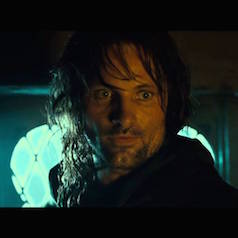 Aragorn: You draw far too much attention to yourself.

Frodo: What do you want?

Aragorn: A little more caution from you. That is no trinket you carry.

Frodo: I carry nothing.

Aragorn: Indeed. I can avoid being seen if I wish, but to disappear entirely, that is a rare gift.

Frodo: Who are you?

Aragorn: Are you frightened?

Aragorn: Not nearly frightened enough. I know what hunts you.

I Know What Hunts You

Like Aragorn, I know what hunts you. It might not be a black rider, but it is equally dark. It is waking up five or 10 years out of residency, sick of working 70 or 80 hours a week, and realizing you can’t cut back a bit without a dramatic change in your financial life, and you don’t even like the financial life you have now. You still owe hundreds of thousands in student loans, own little of your house (and perhaps are even underwater), pay too much in taxes, and have built little wealth. Maybe your spouse wants to leave you because you’re always fighting about money and he or she never sees you and you realize that this is what the next 30 years of your life are going to look like.

This doc I ran into in the hospital is a great doc! There are lots of great docs out there. They’re getting chewed up and spit out. Is it partially their own fault? Sure. Is it partially a systems problem? Absolutely. But part of it is your problem and my problem. We’ve got to get this message out to our peers sooner. And we certainly can’t be contributing to the issue by selling them crappy insurance they don’t need while they owe hundreds of thousands of dollars at 7-8%!

A Race Against Burnout

Many doctors think they have decades to pay off their student loans. They look at the burden and it looks like a mortgage. In fact, these days it may be even larger than the mortgage. But there is a huge difference. You can sell the darn house at any time and pay off the mortgage. You’ve taken a mortgage out on your brain and you better hope you can pay it off before someone forecloses on it. You don’t have three decades. You’ve got five years. 10 at the most. Trust me. By then you will want to have that debt out of your life. You will want to cut back a bit from that crazy pace you agreed to after residency because it seemed so much easier than the 80+ hours you had been working. By then that $200-300K you’re being paid won’t seem like nearly that much money. And this career that you desired so much as a 20-year-old may feel like golden handcuffs 20 years later. You want to practice on your own terms, but you can’t. Because of that stupid debt that felt like monopoly money back in med school.

How Fast Can You Pay Debt Off?

The first question I asked my colleague was “How fast can you pay the debt off?” He thought he could do it in three years, but I’m not convinced he has actually run the numbers. You know why? Because the figure he threw out later in the conversation ($5K a month) won’t pay that debt off in three years. How do I know that? Because I’ve actually done the math. Think about it. $400K at 7% = $28K a year in interest. $5K a month or $60K a year would only put $32K a year toward that debt. At $5K a month, he’ll still owe $300K in 3 years. You can do it more formally with a simple spreadsheet or financial calculator. The function you want to use is the “Period” function, often abbreviated NPER. It looks like this:

Let’s plug his numbers in:

Now, 9 years isn’t the end of the world. Sometimes people run their numbers and it’s 20 or 30. But it certainly isn’t five years, much less three. The depressing part is, if he had let the military pay for medical school, he would now only be 2.5 years away from having his debt paid off, and I can assure you they wouldn’t have him working any more than he’s working now. Can he keep up the pace he’s at now for 9 more years? Can he do it without being grouchy? Can he do it while still giving competent, compassionate patient care? I hope so, but I know there are a large percentage of docs that cannot.

My general advice is to come up with a written plan to get your student loans paid off within 2-5 years of residency graduation. If you can save for retirement and a down payment at the same time, that’s great (and will help you lower your taxes and housing expenses), but being done with the student loans within 5 years takes priority. Not only does this allow you to get out of debt before it starts feeling like you’re stuck, but it also allows you to get the very best terms on a student loan refinance, which is usually a 5-year variable rate. Let’s say this doc makes a commitment to get his loans paid off quickly and so feels comfortable taking that 5-year variable. Maybe he gets it for 3%. How much would he have to pay to be done in three more years? (Remember he’s already a couple of years out of residency.) How much to be done in five more years? Let’s run the numbers. This time we’ll use a related function called “PMT” which solves for the monthly payment.

Here’s what the function looks like in a spreadsheet:

Putting his numbers in:

Is that a lot? It sure is. That’s 50% of your gross income for a doc making $280K. If you’re paying half your gross income, and a quarter of it is going to taxes, you’re left to live on the other quarter (about $70K, just a little more than you made as a resident). And that’s not even counting any sort of retirement investing, college investing, or heaven forbid whole life insurance premiums. In essence, you’ve already spent three years’ worth of physician paychecks (i.e. 3 years of your life) and now you have to pay for it by essentially doing residency twice. The real sacrifice of becoming a physician isn’t doing residency. It’s doing residency twice!

I don’t actually know how much this particular doc gets paid. I hope it’s at least $280K, but it might not be. Let’s say the 3-year scenario is just impossible without selling the house and having his family leave him. So he opts for a 5-year scenario. What do those payments look like?

That’s more than he’s planning to pay now, but not that much more. Especially if he can save the $18K/year insurance premium from the policy he’s being peddled as a LIRP. $5,000 + $1,500 only leaves him about $700 a month to cut from their lifestyle. That’s very doable with a few minor lifestyle changes. Eat out one less time each month. Go on one less vacation a year. Wait a couple more years to upgrade the minivan and you’re there.

Get Out of Debt

It’s time for you to get out of debt. Whether you’re just finishing residency now or whether you’re at that 5-10 year point and starting to feel a little crispy. Run your numbers. Refinance your loans. Quit worrying about the investing vs loan paydown question and get it done. The cavalry isn’t coming. You’re on your own. There will be no white rider at first light on the fifth day. You don’t get a pass on math just because you dedicated your life to healing the sick and injured. Get as mad as I am about your debt! Take control and seize the financial life you want and you deserve.

What do you think? How long should you take as a doctor to get out of debt after residency? How was your motivation to work long hours 5-10 years after residency compared to when you took out your student loans? Comment below!

The post How Fast Can You Get Out of Debt? appeared first on The White Coat Investor – Investing & Personal Finance for Doctors.

The White Coat Investor’s Guide for Students: A Review