It’s time to announce the 2021 WCI Financial Educator of the Year award. We have been giving out this $1,000 reward to doctors who are directly educating their peers and trainees about financial topics for the last two years in order to encourage doctors to give talks, run courses, and share information with each other. Frankly, I can’t do 10% of the direct educating I am asked to do, even during COVID when I could do it from home via Zoom. So I want the entire WCI community to help. I’ve even prepared slides for you to use for your presentations.

The winner of this award our first year (2019) was Dr. Gaurava Agarwal. Last year, Dr. Jason Mizell won the award. This year we had a record number of both nominators and nominees. Last year 11 doctors were nominated by 18 nominators. This year, we had 36 doctors nominated by 72 nominators! That shows me that there are many more of you out there doing this work than there were just one year ago. Awesome! Unfortunately, it is no longer possible to give a lengthy explanation of what each of the nominees is doing like I have done in past years, but I want to personally thank each of you for what you have done that resulted in your nomination. I think we still have room to at least list your names, but honestly, I hope that there will come a time when we can’t even do that! Here are all of the doctors nominated in no particular order: 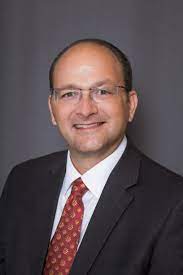 The winner of the 2021 WCI Financial Educator of the Year Award is Scott M. Truhlar, MD, MBA, MS, FACR, CPE, a practicing radiologist in Iowa. Now I wouldn’t normally list an “MS” when giving a doctor’s credentials, but this MS is actually in Personal Financial Planning, so I thought it was pretty relevant. I’ve followed Scott on Twitter for years, so I wasn’t surprised to see him nominated for the award. In fact, he was nominated each of the last two years. But this year he was nominated by thirteen different people. All right, all right, he can win people. Stop sending us nominations for him, LOL!

As you know, the best nomination of the winner receives a free WCI online course of their choice. So not only did we have to pick a winner, we had to pick a winning nomination. Little did we know we would have so much competition just to decide on a nominator. So we decided to give all of those who nominated Scott a WCI T-shirt of their choice. However, the course goes to nominator Holly Conger.

The other nominators were:

Holly said this about Scott:

“The primary reason that Dr. Truhlar deserves to win this award is because without him (and the financial class he designed for graduating M4s), I would have undoubtedly become one of the cautionary tales shared about young physicians who make grave, but completely avoidable, financial mistakes. He personally saved me from catastrophe that would have probably taken me years and thousands of dollars to correct. He not only did this for me, but he also did this for an entire group of graduating medical students this year, last year, and many more in years to come. His advising and education on financial competency has given so many students the confidence and the ability to navigate their own finances unlike anything else offered in our medical education. His impact on the lives of students cannot be overstated, and I believe his course should be mandatory for all students.

Dr. Truhlar created a two-week course that consisted of 15 hours of lecture per week. During this time he built a knowledge base, addressed critical financial topics and common mistakes, and laid out a step-by-step plan for setting yourself up for financial success. The strategies he taught me enabled me to create my own financial plan and take tangible steps towards my goals that I otherwise would not have known how to do. By completing the deliverables for his class, I have developed a strategy for my student loans, created a budget, created a retirement strategy for residency and beyond, and defined my short and long term financial goals. Now I think I even understand taxes and basic investing principles! I would have not done any of this if it hadn’t been for his class. He shared that he was once a resident who did not know anything about personal finance and that he made terrible mistakes while trying to figure it all out on his own. His mission is to ensure that current students do not have to suffer the same fate. He is incredibly candid and honest, and his genuine desire to help students succeed and not be taken advantage of was evident. He takes his own personal vacation time to teach this class every year and receives no compensation for the considerable time he devotes to his students and creating the class.

I have never been someone who loves the topic of personal finance, but Dr. Truhlar is the first person that made the content feel accessible enough that now I feel like I actually know what I am doing! Thanks to him I have a financial plan and now feel that managing my finances is something that I can actually do. He broke down complex topics so even financial novices could understand them and summarized key steps to take. More valuable than the knowledge he bestowed were the resources and strategies he gave us to figure out our own goals and the best way to accomplish them. He empowers students and his impact on my financial literacy and that of many others has been profound. His class was the most useful class I have taken in my fourth year of medical school, and I learned more from it than I did from any of my other classes. His class will have a lasting impact on my career. I am very grateful that I had the opportunity to learn from someone with my best interest at heart.”

Pretty awesome, right? Here are some excerpts from his other nominations:

“Dr. Truhlar takes 2 weeks of unpaid vacation to teach us about creating budgets, finding what insurance plans are right for us, taxes, debt repayment, retirement strategies, savings, home ownership, and so much more….”

“Dr. Truhlar received great reviews from the students. I think that the comments from the students speak for themselves: ‘This was arguably the greatest and most useful course I have had throughout all of medical school and undergrad’…”

“I have known Scott for over 20 years…From the very beginning of my time as an attending in 2006, he encouraged me to learn as much as possible about personal finance. It started very simply with an article about a physician who had saved 50% of his annual salary at the beginning of his career by living like a resident….As a result of his various other volunteer educational activities, Scott was asked to create a financial literacy curriculum for medical students at The University of Iowa College of Medicine. He did so in his free time and without monetary reward. Three years on, he continues to update and improve the course….”

“My financial well-being has improved immensely because of him. He is passionate, empathetic, kind, patient, and brilliant. A wonderful human being and teacher!”

“Dr. Truhlar’s 30 steps to establishing our financial success and suggested course readings of the WCI Boot Camp and If You Can by William Bernstein inspired me to take charge of my financial future and become invested in understanding and learning about money. Throughout the course, Dr. Truhlar spent countless extra hours talking and joking around with us, treating us as friends and future colleagues, and really made this the most exceptional course I have taken during my 8 years of undergraduate and graduate school….”

“…Fantastic educator for medical students….[The] course was carefully crafted so that we could look up the appropriate information for our respective matched institutions. Course assignments were individualized, and he took his personal time to read all of our individual plans….”

“Beyond his accredited course, Dr. Truhlar educates others through formal lectures to University departments, other medical school business focused tracks, on financial forums, and can consistently be found spreading financial literacy teaching on Twitter. Dr. Scott Truhlar is one of the rare breed of physician who embodies a predilection for business, is an advocate for financial literacy, and has a desire and ability to pay it forward by teaching the next generation….”

As you can see, we once more have a very worthy winner of the award. Congratulations to Dr. Truhlar! We’ll get your $1,000 check and certificate in the mail. Thank you for what you have done, are doing, and will likely continue to do throughout your career. We’ll also contact each of Truhlar’s nominators to get them their prizes.

What do you think? What have you been doing to help your peers and trainees this year? Comment below!

The post 2021 WCI Financial Educator of the Year appeared first on The White Coat Investor – Investing & Personal Finance for Doctors.

How to Be a Coffeehouse Investor with Bill Schultheis – Podcast #212